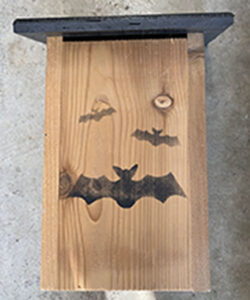 Over the years, we’ve received a fair share of questions about bat houses. The most common ones are “Will adding a bat house draw them out of the house?” or “Can you seal the home and install a bat house to keep them around?”

Most of the time, the houses are ineffective. This can be due to a variety of factors from location to temperature. We’ll highlight why bat houses aren’t a solution for bat exclusion.

What are they supposed to do?

The main theory of a bat house is to deter them from entering your home or structure. It’s thought to provide a small space for bats to comfortably reside with nearby food and water source. Bats then take care of insect pests like mosquitos.

Why bats rarely use bat houses

If bats aren’t using the bat house, more than likely it was incorrectly constructed. On the other hand, it could be constructed perfectly and placed in an unfavorable location.

A perfect example is Sugarloaf Bat Tower in the Florida Keys. A very large bat house was constructed for mosquito control. Over the course of 80 years, not a single bat lived in the tower.

When given the option, bats will most likely choose an attic over a bat house. They want to live in a home or structure that is warm, dry, and safe. This is why exclusion is the most important part of preventing bats from entering your home. Bats can easily squeeze into any space the size of a quarter, and make your attic their new home. Any potential entry points near a bat house will most likely be exploited.

The downsides of active bat houses

Most recommendations for placing a house state that attaching it to your home is more attractive, rather than mounting it onto a post or in a tree. Home-mounted ones are most successful due to the warmth homes produce. However, this is also attracting them to your home and enticing them to search for entry points.

Moreover, bats are common carriers of rabies. If you have children or live in a neighborhood with children, the risk of someone being bitten is higher. In addition, guano (bat droppings) can contain histoplasmosis which is fatal to humans.

While we don’t recommend placing bat houses on your property unless your home is sealed by a professional, The National Wildlife Federation outlines a step-by-step process for constructing one.